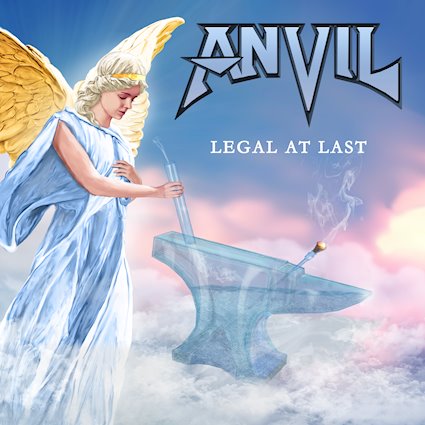 At first glance to the cringe-worthy cover of this latest effort from everyone’s favorite Canadian metalheads Anvil (their eighteenth overall), one might not expect much. But these canucks have actually compiled another catchy, straight-forward collection of crowd-stompers.

Most of the tracks here are short but effective. The title number/lead off single kicks things off appropriately, giving listeners a fair representation of just what they’re in for. “Nabbed in Nebraska,” “Bottom Line,” and “Said and Done” are all also worthy anthems in their own respective rights.

Doubtful it’ll win any album of the year awards, but compared to their last two releases, it’s a definite step up. Worth cranking it if you’re looking for some good old-fashioned, head-banging escapism.

Blue Oyster Cult have always been terribly underrated in my book, and I tend to forget just how much I actually like them until I go back and give their music another listen. I was fortunate enough to catch the band live once a few years before this album was recorded, and I was reminded just how good they are live after listening to this.

Although somewhat puzzling why they chose to wait six years to release the audio for this live effort, the quality here is top notch. All of the expected hits are of course here, including “Burnin’ For You,” “Godzilla,” and “Don’t Fear the Reaper.” But aside from the usual suspects, the tracks that stick out most are the ones you’re not likely to hear on the radio anytime soon; “The Red and the Black,” “Shooting Shark,” and a 10-minute rendition of “Then Came the Last Days of May” are all stellar. But hands down the track that sticks out the most goes to the epic “I Love the Night.”

I would have liked to have seen a few more of my personal favorites make their way in here as well, including somewhat forgotten classic “Joan Crawford,” and the slightly more modern “See You in Black.” Still, there’s seventeen nearly flawless tracks found here, and very little to complain about.

Who would’ve ever thought that a sleazy sunset strip band like LA Guns had a Christmas EP in ’em?! But here they are with one, and the ironic thing about it is…it actually works.

Oddly enough, the EP starts off with a recorded voicemail message from William Shatner, which then segues into their version of Billy Squier’s “Christmas is the Time to Say I Love You.” Covers of Slade’s “Merry Xmas Everybody” and The Damned’s “There Ain’t No Sanity Claus” are about as spot on as they get, but their take on the Ramones classic “Merry Christmas (I Don’t Wanna Fight Tonight)” is a tad on the weaker side. There’s even a 9-second rendition of “Dreidel” thrown in for good measure.

So before you throw down on the egg nog this season, throw this one on to get yourself in the holiday spirit. It should just do the trick. 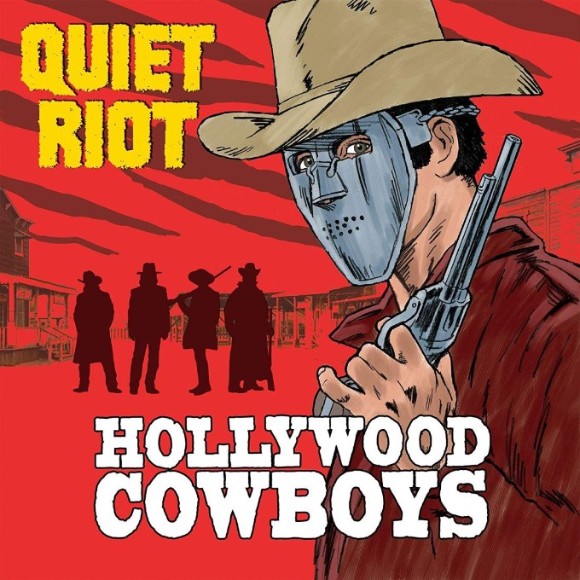 If ever there was a band worthy of comparison to Spinal Tap, it has got to be today’s incarnation of Quiet Riot. As if the album cover didn’t already give it away, Hollywood Cowboys is as amateurish you might think.

On their second and now final studio album recorded with former singer James Durbin on vocals (former vocalist Jizzy Pearl has now stepped back in to fill the spot once again), once again what they’ve compiled here doesn’t sound much better than essentially a demo recording. I was honestly surprised the band didn’t rush back in to re-record Durbin’s vocals with Pearl, much like they had done when Durbin replaced previous singer Sean Nicols on 2017’s Road Rage album.

All things considered, some of the songs found here actually aren’t that bad. Tracks like “Insanity” actually contains some impressive guitar work, and “Hellbender” probably stands above everything else . But the mix is still so off throughout the entire album, with the drums simply overpowering everything else. Perfect example; look up lead off single “Don’t Call it Love” on YouTube and see how many people agree with that exact same sentiment in the comment section.

I’m not the kind of person who enjoys being overly critical for the sake of being harsh, but I’m also not going to sugar coat things. I actually really dug Quiet Riot back in the day (one of the best concerts I’ve actually ever been to was a bill they were on with Skid Row back in 2006, a year before original lead singer Kevin Dubrow’s untimely passing), and I honestly sympathize with drummer Frankie Banali’s recent cancer diagnosis (and wish him the best). But there’s a reason why some bands from their era don’t maintain the same status/ as an act like Motley Crue. There’s also usually a fairly good (and dysfunctional) reason for so many rotating lineups, and Durbin wisely stepped down from the current mess this band has sadly become.

From the moment he first arrived on the scene with Cinderella in the mid-80s, Tom Keifer has defined what it means to be the “cool” rock star front man. Now on his second full-length solo effort (with his new backing band), he’s still kicking just as much ass as he was back in his heyday.

I wasn’t really sure what to expect at first with Rise, but once I was finally able to give it my full attention, I knew Keifer still had “it”. Songs like “Untitled,” “Touching the Divine,” and “The Death of Me” (my personal favorite off the record) are all enough to get crowds moving. Conversely, numbers like “Waiting on the Demons” and the title track are more somber efforts (the latter of which Keifer even seems to be channeling his inner John Lennon on).

I’ve made no secrets over the years regarding how huge of a Cinderella/Tom Keifer fan I am; with this new release, my respect for both has only grown further. 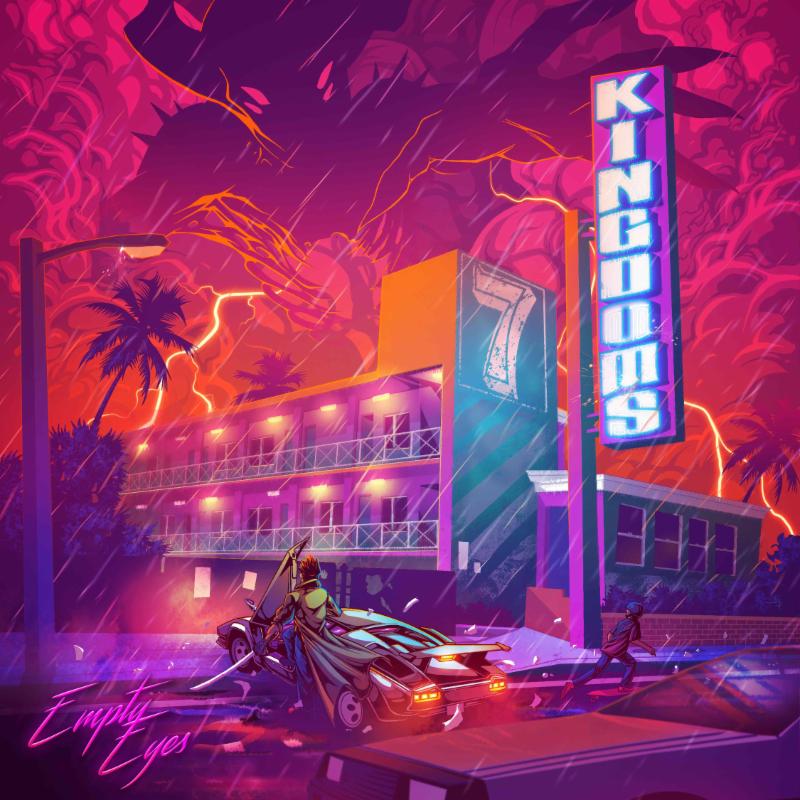 Central, FL-based power metal act Seven Kingdoms are back with a brand new, crowd-funded EP of material, and I was instantly surprised by just how well put together Empty Eyes really was.

Five songs in all, there’s really not much to complain about here. The title track kicks things off with promise (there’es even a fun video for it that was shot in Deland, including a scene at Steve’s Downtown Music), but it’s guitar-driven numbers like “The Water Dance,” “Valonquar,” and “Monster” that truly drives things here. The only semi-weak spot comes in the form of a cover of Heart’s “Barracuda” (a song I never cared much for to begin with).

Those not already familiar with the band might have a hard time getting in to this release, but keep in mind the songs found here are really meant to be heard live…which is truly where Seven Kingdoms shines their best.

Progressive rockers Howling Giant finally unleash their debut full-length record after a handful of EP’s over the years. The Space Between Worlds is a nine-track concept album that takes those willing to listen on a trip to another dimension, not unlike a good round of D&D with your best friends.

Along the way there’s tracks that easily take your mind though new gateways, including “Comet Rider,” “Ghosts in the Well,” “Ice Castle,” and “The Orb.” There’s even a fairly entertaining video for the track “Cypermancer and the Doomsday Express” that’s a legitimate fun watch.

While stoner rock typically isn’t my usual go-to, Howling Giant bring a much-needed, fresh element to the genre reminiscent to the likes of The Sword. Worth checking out if you have the time. 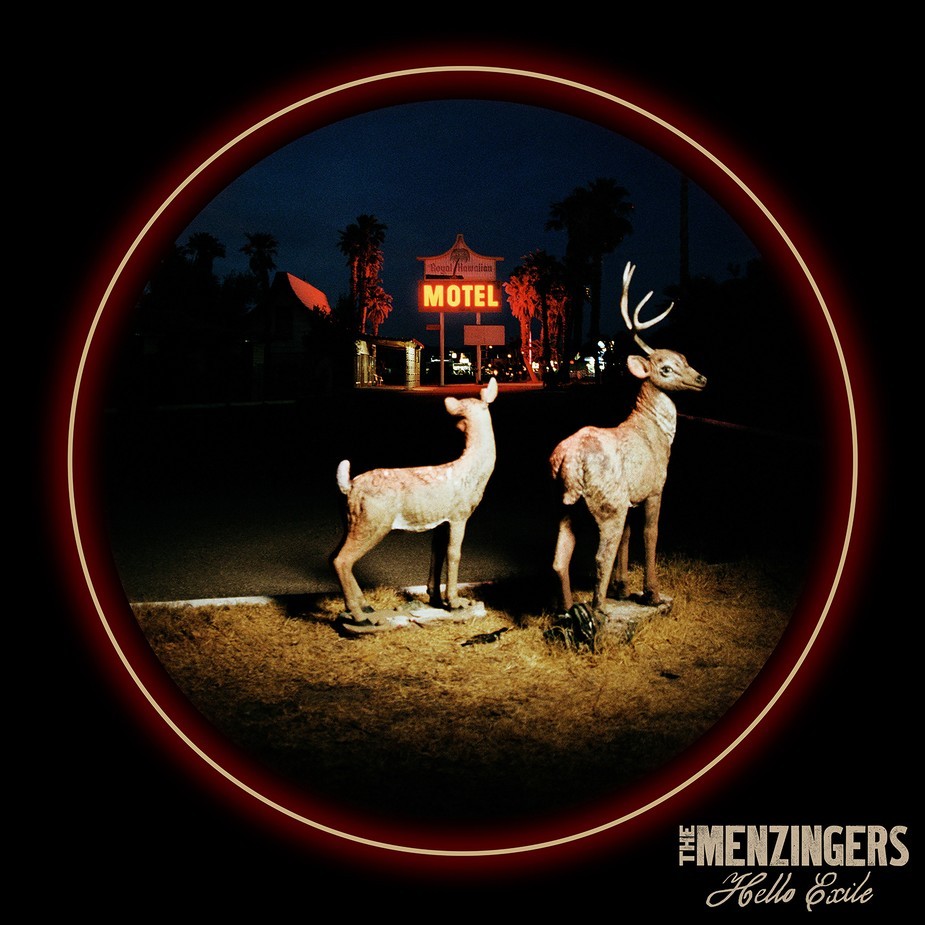 Few bands can capture true human emotions as flawlessly as Scranton, PA’s The Menzingers, and it was apparent Hello Exile would be another work of genius upon release of the album’s first single, “Anna,” over the summer.

As if 2017’s After the Party wasn’t already near-perfect enough, the band  has outdone themselves once again on their sixth full-length effort. Tracks like “High School Friend,” “Strangers Forever,” and the country-tinged “I Can’t Stop Drinking” are all brilliant in their own simplistic ways, and listening to them somehow seems strangely familiar, as if they’ve always been there in the background as the soundtracks to our lives.

The Menzingers are one of those rare bands so good they’re in their own league along with The Replacements or The Killers, and I only wished I wrote music as good as them when I was still playing in bands.  It’s truly foolish not to give a group like The Menzingers a chance; we almost don’t deserve an act this amazing.

What started off once upon a time as a promising parody act has more than worn itself painfully thin by now. Steel Panther have been riding the coat tails of one lame crude joke for over a decade now, and their fifth studio effort finds the guys still trying to stretch the limits of their already-strained imaginations.

Heavy Metal Rules offers little new to their schlock rock brand past tracks with more uber-obscene lyrics and titles that only the most juvenile of minds would find humorous, such as “All I Wanna Do is Fuck (Myself Tonight)” and “Gods of Pussy.” The title track is virtually the only song on the whole album even worth going back for a second listen, and the album’s cover is probably the most enticing thing about the record as a whole.

There’s no denying the musicians in Steel Panther harbor an abundance of talent, but it’s being tragically squandered away by the trash they continue to spew. The joke has more than expired, and about the only thing left for them to do at this point would be to record an actual, straight-forward heavy metal album; they might just gain some new interest (not to mention respect) if they’d just cut the crap for once and, well, grow up already.

On his latest release, shock rock master Alice Cooper complies an ode of sorts of some of his favorite Detroit-based music. There’s even a few guest spots along the way from some of the region’s icons, such as MC5 guitarist Wayne Kramer and Grand Funk Railroad’s Mark Farner.

“Detroit City 2020” (a re-working of an older Cooper track) is far from the strongest track to kick off the EP, but things pick up swiftly with the punk-infused “Go Man Go.” More than admirable covers of Bob Seger’s “East Side Story,” the MC5’s “Sister Anne,” and Suzi Quatro’s “Your Mama Won’t Like Me” stand out as definite highlights.

Weak spots include Cooper’s take on “Devil with a Blue Dress On” (although ending it with “Chains of Love” was indeed interesting). In short, Breadcrumbs isn’t much more than a tease, but should at least tide Cooper’s most dedicated fans over until he gets back to the main course.